Hoping for some help... 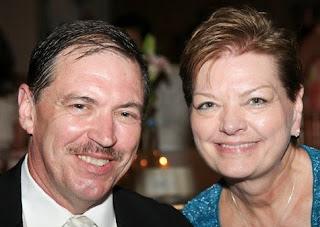 My experience with government agencies is limited, but I've heard many horror stories about long lines and impersonal treatment. I had some preconceived notions about the experience, and I must share that our visit to the social security office Friday was very pleasant overall. I used my trusty iPhone gps, and it got me to the general vicinity in downtown Fort Worth. Billy had made the connection that we were going to a government office, so he kept wanting me to turn toward the courthouse which was not close to the Social Security office. After only two circles of 6 or 8 blocks to get to the correct place, I found a parking place directly in front of the federal building. I had enough change for the parking meter, and we arrived in the correct office 20 minutes before our appointment.

I was fully prepared to wait until the appointment time, and we took our seats. I pulled out my phone to begin checking my email, and before I had finished reading even one of them, our names were called to go with Mrs. Crawford. She took us through the miles and miles of cubicles to her desk in the very back. I had filled out the online application for disability, and this part was to complete the process. After explaining that two types of disability assistance, Mrs. Crawford proceeded with her questions. The entire interview took less than 45 minutes and was really a pleasant experience. She confirmed that Billy would not qualify for any disability payment because he had not paid in any significant amount since 1995 - most teachers in Texas do not pay social security. However, Billy worked paid in for over 15 years before he started teaching, so he will have some retirment from SS when he reaches 62. I hope he is able to collect that. When we got back to the car, the meter had 8 minutes left on it. The entire visit was less than an hour - fabulous!

One really positive result of the interview is that Billy will most likely be covered by Medicare very soon. Once you have been disabled for two years, you are able to receive those benefits. I'm not certain what all that will entail, but I feel like it will be very helpful in paying for his medical needs. He sees the doctor every three months to maintain his medications. He has a complete evaluation every year, and because he's had four melanomas removed, he sees the dermatologist every sixth months. He does have good insurance through Teacher Retirement, but it's pretty costly.

Our weekend so far has been pretty pleasant. Today I took Billy with me to have my eyebrows waxed, and when we got out of the car, he said, "This will be the first time I've had my eyebrows done." I assured him I was only having mine done, and he was so relieved. He's so good about all the appointments I drag him to. He gets nervous when I am driving him to an appointment because he usually feels that he hasn't been informed, and then when it's over with, he'll comment that it wasn't too bad. I nearly always tell him the day before, but he doesn't remember, so he gets irritated and says, "No one tells me anything!" I've not found the remedy to this yet, and it may not exist, so I'll just keep "surprising" him.
I've included a picture of Billy with me at Shelley's wedding this past July. I love that the photographer caught him smiling.
Posted by Kathy Knowles at 8:33 PM